Sometimes I have to laugh in bewilderment that there must be this grand master plan moving at a snails pace to realization. When I was 11 years old I met a friend of my father who was an engineer setting up his own firm. I remember his kindness when the Asian financial crisis hit Indonesia, our family was left with close to nothing. We went from having 2 maids and 2 drivers in a 7 bedroom house in Jakarta to barely being able to afford the taxi ride to church. Pak Eddy loaned our family a car for some time until my dad was able to find other work. Dad went from being an international marketing executive to teaching English for the BBC.

Fast forward 20 years and here I am in Jakarta as a young women visiting Pak Eddy’s firm of 60 people responsible for engineer development projects around the world. He has taken me under his wing in order to network my social project to gain government support in order to legalize the governing structure and scale the impact. I sense that my role in Indonesia is far more important than what I initially imagined. Having observed the 90’s riots of the poor in Indonesia looking to overthrow the government, it was not so far off from the public out-lash seen last April in Baltimore. I have become obsessed with the pursuit for answers.

How can there be so much wealth and extreme poverty in vast divides around this world? I may still have the niave view of a child, but I cannot accept this is a matter of fact. There must be a way to collectively remedy such issues. Also I wonder if the efforts of but one young social entrepreneur like myself can transform a small village of girls to extend beyond the borders of Indonesia to Baltimore. Can ideas and action combined with good intention make for progression? I guess I can only work toward that ideal to see whether my theoretical models float in practice. This semester I am completing a new course called, ‘Divided Baltimore’. We are looking to identify where the issues took root and where do we go from here? So blessed to be a part of the conversation in both from Bali to Baltimore. 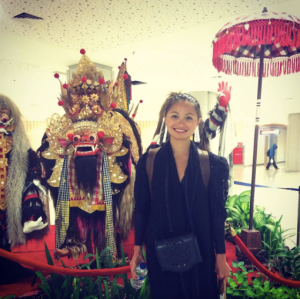 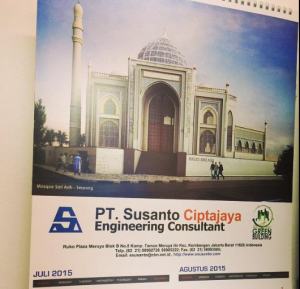 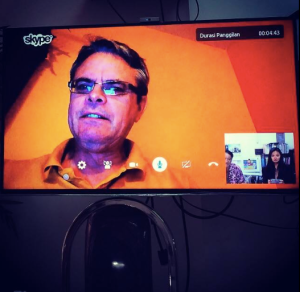 Called my dad in the USA for a little conference on Skype 🙂 learning from his international relations work between Indonesia and Baltimore. 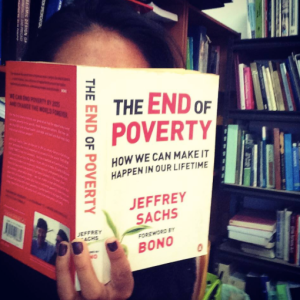